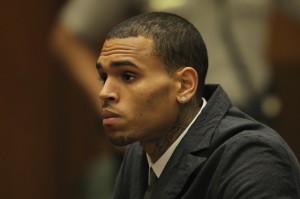 For most of us out there, we have to watch out for other drivers on the streets.  That and the occasional squirrel or cat that darts across the road.  Unfortunately, if you are a famous Hollywood singer and actor, you have to be careful of a completely different animal – the paparazzi.

On February 9, the night before the 2013 Grammys, Chris Brown was reportedly in an auto accident that left his car totaled.  He was alone and uninjured, thankfully, but the paparazzi was to blame.

Chris Brown’s rep reported that two cars cut him off and aggressively got out to start taking pictures of the celebrity.  In an attempt to flee, he backed down an alley where two other vehicles with paparazzi had cut him off too.

It is unfortunate that some people will go to extremes to invade someone else’s privacy.  I’m sure celebrities would be a lot more willing to pose for pictures if the paparazzi weren’t so aggressive and invading.  Don’t feel too sorry for Chris Brown, he was able to still make it to the Grammys, and he even got a new paint job on another one of his cars.  Check this out: 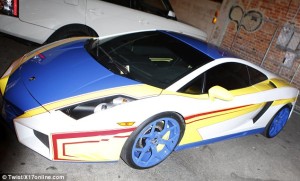 Directory of Attorneys and Chiropractors
www.PainInTheWreck.com
704-464-0330

PainInTheWreck.com is a great venue for Law firms and Chiropractors to gain additional visibility.